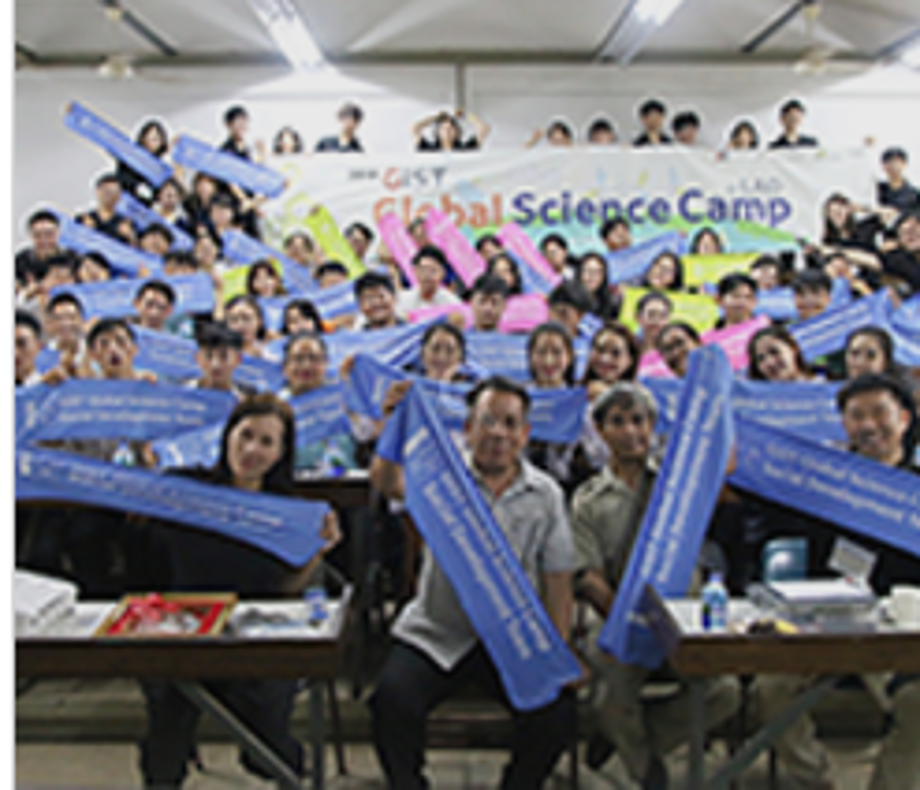 ∘   The GIST Global Science Camp is comprised of volunteers from GIST, and their social contribution project was supported by the GIST Social Contribution Team.

□ The GIST Global Science Camp started its first overseas service this year, which was held for 4 nights and 5 days from July 16 to 20, 2018. A total of 14 team members, including GIST university students, graduate students, and researchers (Representative Min-sang Cho, Department of Physics and Photon Science) volunteered in Laos. A total of 60 students participated in the event, including some 50 students who study chemical and environmental engineering at the National University of Laos and 10 students from Cancun University in Thailand.

∘   This science camp focused on the theme of social and environmental issues in Laos and was designed approach problems faced by students through field-oriented lectures and experiments, such taking samples from the Mekong River or air pollution measurements. The program mainly conducted experiments that were difficult due to the lack of equipment and provided more opportunities for participating students to discover the possibility of solving the problem through in-depth consideration of the pollution problem.

∘   On July 20, middle and high schools students in the city of Bungtong, which about one hour drive from the capital city of Vientiane, participated in simple experiments such as making air rockets and soap.

□ The results of a survey conducted by local students after the completion of the entire science camp program were very positive. All 44 students who participated in the camp responded that the camp was beneficial, and 6.7 points out of 7 were given regarding their overall satisfaction of the camp. The students were very satisfied with the Global Science Camp.

□ Through this science camp, GIST was able to embody social contribution efforts using appropriate technology while cooperating with people in developing countries. Recognizing the value of social contribution, GIST has laid the foundation for fostering global human resources and establishing a continuous relationship with the National University of Laos.

□ The GIST Social Contribution Team was formed in 2017 and supports a multitude of programs such as the GIST Global Science Camp, the Learning School, Science Book Donations, Science Camp, GSOP, ICT Programs, and hosting students from Korea's costal islands.